C’est un honteux copier coller de ce site : http://www.fanpop.com/spots/being-a-man/soapbox/67
Même pas traduit mais bon qui va lire ?
Of course the story got me wondering about other, more famous women with interesting academic pedigree or intellectual pursuits; because, as we all know, there really is nothing sexier than a beautiful woman with some serious smarts. I knew that if I could figure out who those women were, I might just be able to come up with a list of ladies more impressive than the annual popularity polls published by magazines like People and Maxim.

Now before I get started, a couple of caveats. First, this is not a list of geeks who happen to be beautiful. There are a lot of those, and they’ve been documented on other websites and publications. No, this is a list of gorgeous celebrities, models and actresses who have also got some educational pedigree behind them (because I’ve got no objective measure for a celeb’s IQ, and their past scholarly accomplishments is all I’ve got to work with). Also, while there are plenty of actresses, for instance, who have studied performing arts at the undergraduate level, I’ve tended to give greater weight to celebrities who have excelled in a different field from their chosen profession.

But enough with the formalities. Here is my ode to the Beautiful and the Brainy. Argue with me if you will, but these women are forever near and dear to my heart…

You may know her from: Star Wars, Garden State, The Professional and a host of other great films.
Why she’s beautiful: If she was hot enough for Darth Vader to go over to the darkside, she’s hot enough for me (and don’t get me started on her sexy voice!). And of course, when you’re done go see Closer.
Why she’s brainy: Finished high school with a 4.0 GPA. Attended Harvard University where she completed a Bachelor’s degree in Psychology. Also engaged in graduate studies at Hebrew University. Speaks Hebrew, French and Japanese fluently.
Extra Credit: Did you know Natalie also raps? Check it out.

You may know her from: The grocery checkout stand – she was on the cover of just about every fashion magazine you can think of during the 1990s.
Why she’s beatiful: She made beauty marks cool (even supermodels can have a ‘blemish’). And young ‘uns take note, she’s still gorgeous at 40.
Why she’s brainy: High school valedictorian (4.0 GPA), enrolled at Northwestern University to study chemical engineering on full academic scholarship. Dropped out to pursue modeling full-time after a semester (but she coulda finished!!!).
Extra Credit: The classic Pepsi commercial. The girl is pretty nice too!

You may know her from: Any of the dozens of Bollywood films she’s been in.
Why she’s beautiful: She won the 1994 Miss World pageant. Declared the most beautiful woman of all-time by numerous web polls, magazine articles and Julia Roberts.
Why she’s brainy: Was an A student at the prestigious Ruparel College in India (part of the University of Mumbai). Wanted to study medicine or zoology but ultimately ended up majoring in architecture. She is fluent in several languages including Hindi, Marathi, English and Tamil (her native tongue is Tulu).
Extra Credit: 60 Minutes segment on Aishwarya Rai.

You may know her from: Movies like Click, Serendipity, Underworld, Van Helsing and Pearl Harbor.
Why she’s beautiful: Almost made me turn to vampirism with her Underworld films. Routinely places in FHM, Maxim and Stuff’s annual lists of hot women.
Why she’s brainy: Attended Oxford University (New College) studying French and Russian literature for 3 years. As a teenager she was a two-time winner of the W.H. Smith Young Writers’ competition for her short stories and poems. Is also fluent in French, German and Russian.
Extra Credit: Kate Beckinsale’s Diet Coke ad. She knows how to make guys, um, tingle.

You may know her from: The Karate Kid, Adventures in Babysitting, Cocktail, Leaving Las Vegas and Hollow Man.
Why she’s beautiful: Sure some girls are bad, but Elisabeth’s always been the nice girl next door.
Why she’s brainy: Attended Wellesley College and Harvard University. She left Harvard to focus on acting in the mid 80s, but returned 15 years later to complete her degree in Government (that’s some nice perseverance).
Extra credit: Elisabeth doing her cute as a button dance from Babysitting…

7. Famke Janssen
You may know her from: Movies like GoldenEye (villaness), X-Men (Jean Grey).
Why she’s beautiful (or in this case, hot): Crushed men to death with her thighs in the Bond film, Goldeneye. Be still my beating heart!
Why she’s brainy: Attended Columbia University to study literature and writing. Later attended the University of Amsterdam to study Economics.
Extra credit: If you were wondering about the GoldenEye commentnull:::

Why you know her: If you’re using the internet, you probably don’t know her. Ask your grandparents.
Why she’s beautiful: Film star of the 30s and 40s frequently cast as a seductress invariably because of her good looks rather than her acting skills.
Why she’s brainy: While her formal educational credentials are not well documented, Hedy Lamarr’s biggest claim to fame outside of acting is her joint patent with composer George Antheil for an early version of spread spectrum communication technology (U.S. patent #2,292,387) – a concept that was later incorporated into wireless telephones and internet wifi.

You may know her from: Television’s Talk Soup, Friends, Ghost Whisperer and 24.
Why she’s beautiful: Not only is she tall and beautiful, but she’s also got a serious sense of humor having pursued a standup career.
Why she’s brainy: Earned a Bachelor’s degree from Dartmouth in Government with a minor in Environmental Policy. Fluent in French Russian and Swahili. She’s also a serious poker player (big points in my book).

You may know her from: Movies like Career Opportunities, The Rocketeer, Inventing the Abbotts, Requiem for a Dream, A Beautiful Mind, Blood Diamond.
Why she’s beautiful: It’s all in her eyes (um…well and maybe a few other parts of her body)
Why she’s brainy: Attended Yale for 2 years (English) then transferred to Stanford to complete her Bachelor’s degree. Is fluent in French and Italian.
Extra credit: Nobody else has made riding a coin operated pony look so, um, fun. 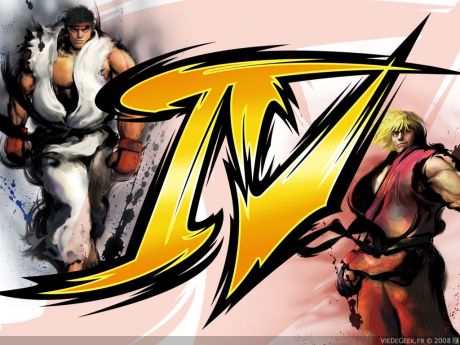 What does the house SAY ?